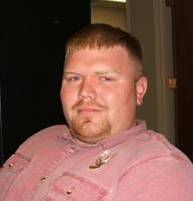 Following graduation from Apollo High School in Owensboro, KY, Matthew attended the Owensboro Community College and the University of Kentucky, where he studied in the architecture program. He attended Western Kentucky University in May of 2007, where he completed courses in Mechanical Engineering.

Matthew began his employment with the Owensboro Metropolitan Planning Commission in July of 2007.

Matthew became the Associate Director – Building, Electrical, HVAC in May 2017.  Prior to that he was an inspector and plan reviewer.  Matthew has the following certifications: